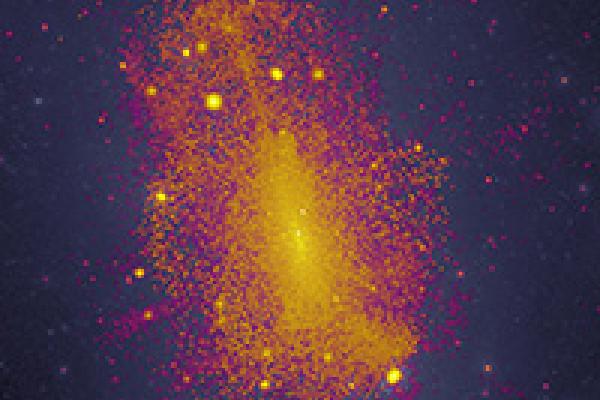 In January, data from the Dark Energy Survey — which utilizes an 8,000-pound camera mounted on an equally powerful telescope in the Andes Mountains to see deep into space — revealed 11 previously unknown stellar streams orbiting the Milky Way galaxy. Stellar streams mostly reside on the outskirts (or “halo”) of the Milky Way, and they represent remnants of dwarf galaxies and star clusters that passed by the galaxy too closely and got torn apart by its gravitational pull. Only about 20 stellar streams had been identified in the Milky Way before this discovery, and locating so many at once is unprecedented. The Dark Energy Survey is a collaboration of more than 400 scientists from 26 institutions in seven countries, which includes Ohio State researchers based at the Center for Cosmology and AstroParticle Physics (CCAPP).