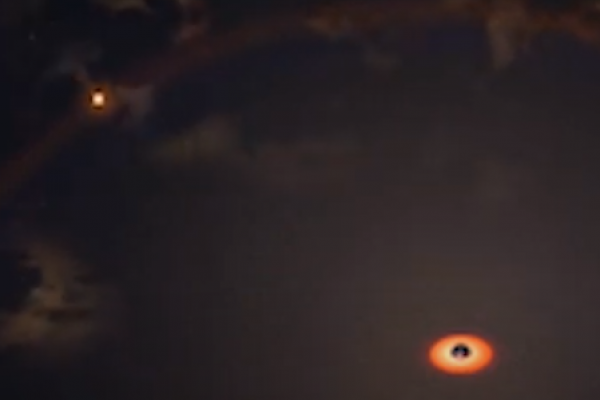 An international group of scientists who study space have discovered an astronomical “Old Faithful” – an eruption of light flashing about once every 114 days on a nearly predictable schedule. The researchers believe it is a tidal disruption event, a phenomenon that happens when a star gets so close to a black hole that the black hole “rips” away pieces of the star, causing the flare.

The team made the discovery using data from NASA and from a network of telescopes operated by The Ohio State University.

As the star approaches the black hole each time, the black hole pulls a little bit of the star away, accreting that part into the black hole. That accretion sends out a flare of light each time. That flare – and the fact that it happened regularly – gave scientists their first clue that this was no ordinary space phenomenon.

Scientists have named the regular outbursts of light ASASSN-14ko, after the All-Sky Automated Survey for Supernovae (commonly called ASAS-SN), a network of 20 robotic telescopes headquartered at Ohio State.