Scientists publish largest 3D map of the universe ever created

Scientists publish largest 3D map of the universe ever created 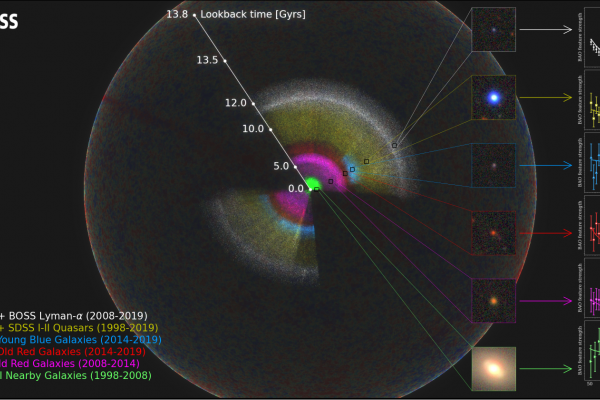 Data shows that about 6 billion years ago, the universe’s expansion accelerated

A new three-dimensional map, built after decades of collecting and
analyzing data from the skies, shows how the universe has changed and expanded over
an 11-billion-year period.

The map, published online late Sunday, is the largest 3D map of the universe ever
created, and shows that about 6 billion years ago, the universe began accelerating more
rapidly than it had in the 8 billion years that came before.
The map and the analyses that went into making it are the final results of an international
collaboration of more than 100 astrophysicists. The work resulted in at least 23 academic
papers posted late Sunday to the arXiv pre-print server, along with the map. The
collaboration, called "eBOSS," for Extended Baryon Oscillation Spectroscopic Survey,
used quasars and faint galaxies to extend previous maps.

"One of the things we want to learn about is the time evolution of dark energy – this
mysterious thing that is causing the universe to accelerate," said Ashley Ross, the
project's catalog scientist and a lead author on one of the papers released last night.
Ross is also a research scientist at The Ohio State University Center for Cosmology and
Astroparticle Physics.

This survey offered new insights into how the universe expanded during a time period
that had been under-studied and provides detailed measurements of more than 2 million
galaxies.