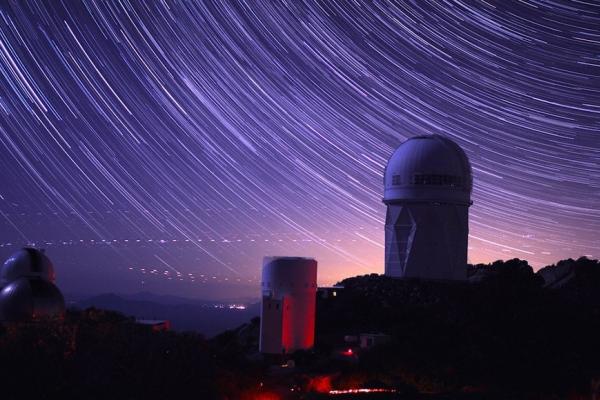 The expansion of the universe will not stop for anything — and neither will the Lawrence Berkeley National Laboratory researchers continuing remote work on the Dark Energy Spectroscopic Instrument, or DESI, project amid the shelter-in-place order.

DESI is a research instrument located at the Kitt Peak National Observatory in Arizona that collects data on matter and electromagnetic radiation from dark energy to study the universe’s accelerating expansion.

The end goal of the project is to create a 3D map of the universe, according to the team’s instrument scientist Paul Martini. Project director Michael Levi said the physical DESI project closed March 16 due to COVID-19 precautions, but researchers continue to compute work on coding software.

“We’re in a sort of suspended animation while this is going on, but of course, we want to keep everyone safe and that’s paramount,” Levi said. “DESI is a complicated instrument, and getting it running again — it’s very easy to turn things off; it’s much harder to turn things on.”

The team had just finished commissioning the instrument two days before its unexpected shutdown, according to the team’s co-project scientist David Schlegel. He highlighted that the instrument was built by an international collaboration of about 15 countries over the span of approximately a decade. Fortunately, DESI was able to collect a few days of observation and data out of the five years originally allocated for the project, Schlegel said.

“The first year of operation, whenever we turn (DESI) back on, will supersede all of humanity’s mapping of the universe before,” Schlegel said.

With shelter-in-place orders still in effect, there are various workplace limitations restricting the number of people that can work together, according to the team’s project manager Robert Besuner. The researchers are working hard on a plan to operate equipment with fewer people on-site than originally planned, Martini added.

Because the telescope is located on Native American reservation land, the Tohono O’odham Nation has jurisdiction over the land site, in addition to the state of Arizona and Pima County, according to Besuner. Besuner added that the researchers have to respect all rules of these various governing bodies.

Despite the unforeseen circumstances, the DESI team and its international collaborators are continuing advancement. According to Martini, the team has been using tools including Zoom and Slack to communicate, and GitHub for software developments. Novel ways of collaboration have enhanced DESI’s capabilities, Martini noted.

“Dark energy (is) dominating what’s happening in the universe today. It’s what’s causing the universe to expand faster and faster every year and we don’t know why — it’s mind-blowing,” Schlegel said. “The cutting edge of physics today is trying to understand this phenomenon.”