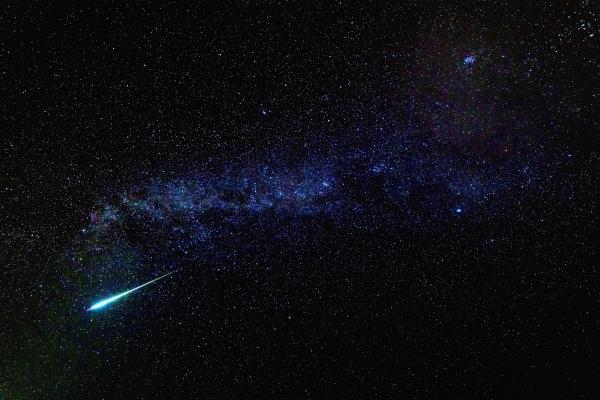 Meteors may help astronomers devise a new way to locate dark matter – mysterious and invisible particles that have so far only been discerned by the effect they have on the natural world.

Five times more prevalent than ordinary matter, dark matter makes up about 85% of the total mass of the universe, and about a quarter (26.8%) of the universe’s total mass and energy. Humans are unable to detect these elusive particles directly, as dark matter emits no light, so scientists use powerful instruments like the Hubble Space Telescope or NASA’s upcoming Nancy Grace Roman Space Telescope to witness its influence on galaxies and other distant star clusters.

Now, according to a study led by researchers at The Ohio State University, radar systems on the ground could be used to aid the search.

John Beacom, co-author of this study and head of Center for Cosmology and AstroParticle Physics, discusses these findings deeper here.