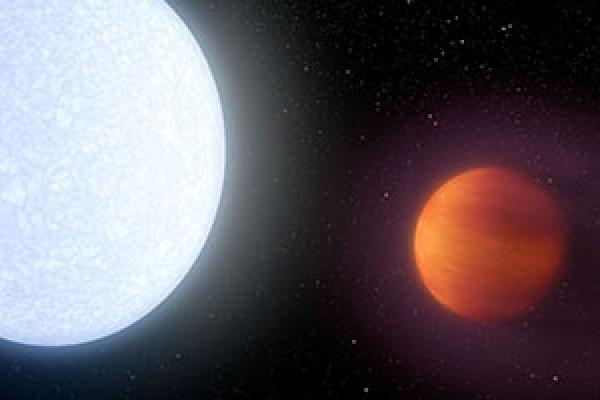 Astronomer Scott Gaudi, Thomas Jefferson Professor for Discovery and Space Exploration, co-led an international team that discovered planet KELT-9b is “so hot it stretches the definition of the word ‘planet,’” Gaudi says. “It’s a planet by any of the typical definitions based on mass, but its atmosphere is almost certainly unlike any other planet we’ve ever seen just because its day-side temperature, more than 7,800 degrees, is hotter than most stars, and only 2,000 degrees or so cooler than our sun.” Findings in the journal Nature describe this unusual planet.