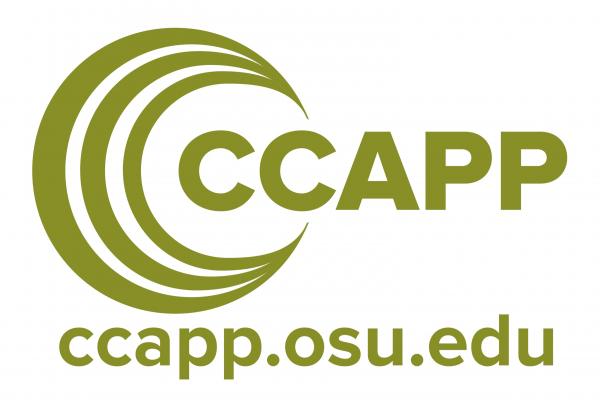 CCAPP is proud to announce Erin Kado-Fong (Princeton) and Kaeli Hughes (Chicago) as the winners of the 2021 Price Prize in Cosmology and Astrophysics!

Erin’s research focuses on observations of galaxy structure and assembly, with a special interest in using wide-field surveys of dwarf galaxies to better understand the processes that govern the evolution of these low mass systems. Her work with the HSC-SSP imaging survey explores the interplay and influence of mergers, star formation, and stellar feedback on the observable structure of the dwarf galaxy population at low redshifts.

Kaeli's research focuses on the radio detection of astrophysical neutrinos above 10 PeV. As a collaborator on the ARA, BEACON, RNO-G, and PUEO experiments, she has built and calibrated radio detectors deployed in some of the most remote locations in the world, including the South Pole, Summit Station in Greenland, and White Mountain in California. As part of her work on ARA, Kaeli developed a targeted low-threshold neutrino search that improved the previous ARA efficiency at low energies by nearly a factor of 10.

The Dr. Pliny A. and Margaret H. Price Prize recognizes research excellence and exceptional promise in areas related to CCAPP initiatives. Two recipients are selected annually by the CCAPP Science Board based on a review of their research in the areas of cosmology and astroparticle physics. CCAPP hosts Prize recipients for a week during which they give a Price Prize seminar on their research, establish long-term collaborative relationships, and receive a $2,000 honorarium.

Together, Steve Price and his wife Jill Levy created and endowed the Dr. Pliny A. and Margaret H. Price Prize, with generous gifts in honor of Steve's parents beginning in 2009.