Abstract: Black holes are one of the most exotic consequences of Einstein’s General Relativity, yet they are also very common, from stellar remnants up to beasts over a billion times more massive than our sun. Despite their reputation as cosmic vacuum cleaners, they actually expel a large fraction of the“fuel” they capture, along the way converting it into extremely energetic flows of material that majorly impact their surroundings.  For instance, some black holes launch enormous jets of magnetized plasma, moving near light speed and which can easily exceed the size of the entire host galaxy. These jets also act like big particle accelerators, achieving energies millions of times higher than those achievable in labs on Earth like the Large Hadron Collider at CERN! Astronomers, astrophysicists and physicists all want to understand black holes, yet we have been limited by the resolution of our telescopes from actually seeing one directly. This situation has changed dramatically with the Event Horizon Telescope, an Earth-sized millimeter-wavelength array, that revealed to the world what a black hole actually looks like, in April 2019. The EHT is still operating with new results expected in the coming year.  I will put these exciting results into context by explaining more about how black holes become such efficient, gravity-powered engines, and why they are important players for many different fields of study.  Along the way I will also discuss the areas where we still have major questions, and thus the challenges of the coming years.

Bio: Sera Markoff is a failed rockstar but reasonably successful astrophysicist, who leads a research group at the University of Amsterdam focused on the extreme physics around compact objects like blackholes. She was educated in the US (BSc Physics @ MIT 1993, PhD Theoretical Astrophysics @ University of Arizona 2000) before heading to Europe to work at the Max Planck Institute for Radio Astronomy in Germany as a Humboldt Fellow and then back to MIT as an NSF Astronomy & Astrophysics Postdoctoral Fellow. In 2006 she joined the faculty in Amsterdam, where she now sits in both the Astronomy and Astroparticle Physics institutes (API and GRAPPA, respectively) as a full professor.  She has won numerous prizes and awards including the two top career-stage research awards from the Dutch National Research Organization (NWO): the VIDI (2007) and VICI (2015), was named a Fellow of the American Physical Society in 2014, and a Tinsley Centennial Visiting Professorat UT Austin in 2015.   Along with research she enjoys engaging with the public about science and in 2019 won the Willem de Graaff Prize for Public Outreach, awarded by the Royal Dutch Astronomical Society. 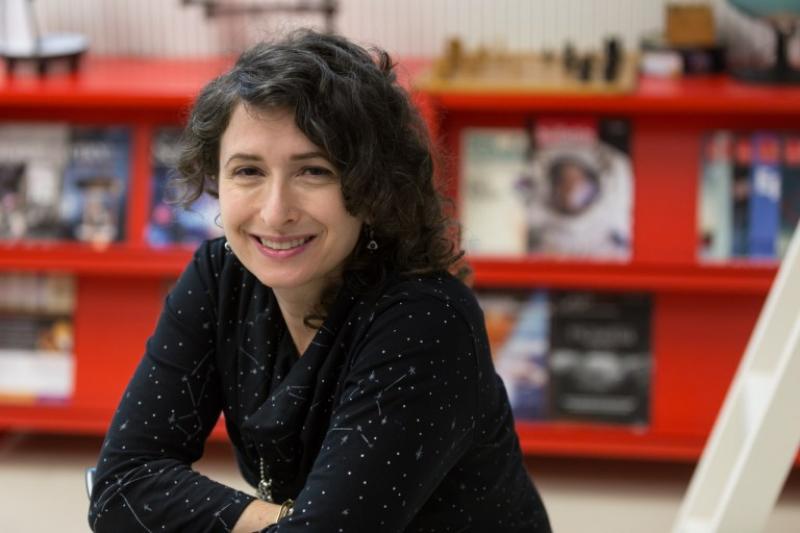